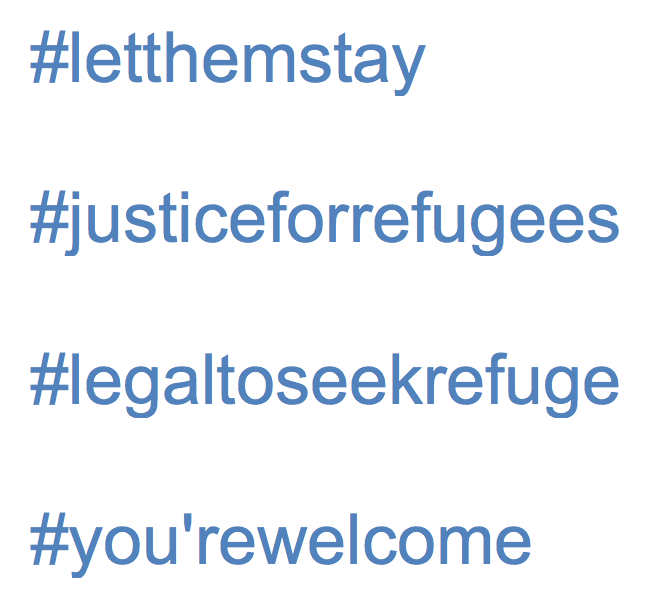 The Oxford dictionary defines refuge as ‘the state of being safe or sheltered from pursuit, danger or difficulty’. At different times in our lives we are all in need of refuge of one kind or another. Perhaps this is why we’re able to empathise with others seeking refuge—those we know and sometimes those we don’t know. We see a reflection of our own struggle in the pain of others who are breaking under difficult odds. Notable examples played out in the media in recent times include the generous-hearted denizens of Paris during the November 2015 suicide bombings and the suicide bombings at Brussel’s international airport and metro only last week. Parisians and Brusselians opened their hearts and homes to the injured and disoriented, to those who were unable to make it to their own homes and loved ones. They offered refuge—welcomed strangers seeking shelter from danger. It’s a curious thing, that in the most dire of situations, when one might be forgiven for exercising more than the usual measure of caution, they were most generous.

It seems a tragic contradiction in the human condition then, that drives some, including world leaders, to deny such empathy, compassion and generosity to so many seeking refuge from a similar fate on a much larger scale, the likes of which we are seeing in places such as Syria. There can be no doubt that those fleeing a homeland in crisis borne of civil war, displacement, malnutrition and other human rights atrocities are also in dire need of shelter from danger—in need of refuge.

What drives the leader who denies the refugee? It is indeed difficult to comprehend. There can be nothing to fear in giving shelter to the exiled. But there is everything to gain, not the least of which is their gratitude and loyalty. It nurtures the humanity of both the giver and receiver and enriches the host community. This we have seen played out before, especially in Australia, where in times past we have embraced the opportunity to step up to our fraternal responsibilities, indeed those set out in the United Nations Refugee Convention. In the past we executed this with the honour we have come to expect from our nation, built in large part on the foundation stone of immigration from the four corners of the globe, including oftentimes the intake of refugees. We did this not just to meet our responsibilities, but because it was the right thing to do. We understood the refugee needed refuge and we extended the hand of friendship and compassion to bid them come. We were driven by empathy and not fear. And in this simple act of kindness we both grew.

Over this past Easter weekend I expect many of our national leaders will have attended their churches and listened attentively to the sermons of love and kindness and acceptance that we must offer one another, especially to those in need. But listening isn’t enough. They need to take the leap of translating the rhetoric into action. These are the choices that define our humanity—that we have self-awareness and conscience; that we are guided by a moral compass in exercising a duty of care to others. It’s a human imperative for us all.